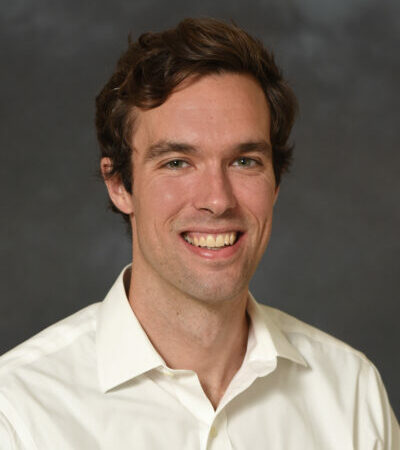 The appropriate size and scope of our social safety-net has long been a matter of disagreement between politicians, researchers, and advocates on the left and right. But one thing that seemingly everyone can agree on is that no matter how generous or meager our safety-net is, it should be devoid of so-called benefit “cliffs,” and minimize, to the extent possible, benefit “taxes.”

A benefit cliff occurs when public assistance (e.g., food assistance, housing assistance, cash assistance) declines sharply as income increases, resulting in an overall decline in household resources upon taking a new job, receiving a pay increase, or taking on more hours at work. These cliffs are unwanted, as they may disincentive work – causing an individual to forego a new job or more hours for fear of losing stable benefits – and destabilize households, making families less financially secure and undermining their pursuit of economic stability and mobility.

Though true cliffs – in which household resources decline or plateau following an increase in earnings – are indeed a failure of public policy, they’re also fairly rare. Benefit cliffs loom large in the popular imagination because what most still commonly think of as “welfare” – the pre-1996 cash welfare program (Aid to Families with Dependent Children, or AFDC) – really did discourage work, with cash assistance often declining dollar for dollar with income gained. Most safety-net programs today, however, are better designed to guard against a cliff effect, with benefits declining gradually as income increases – functioning more like a benefit “tax” on additional earnings – so that a household will still be made better off earning an additional dollar of income. For example, a family receiving SNAP benefits (formerly called as Food Stamps, and known as the Food Assistance Program (FAP) in Michigan), will see, on average, a 24 to 36 cent reduction in SNAP for every additional dollar of income earned. That still cuts into the benefits of increased work—people only see about 70 cents for every dollar earned at work—but it is very different from losing the whole dollar.

For example, a household living in public housing is required to pay 30% of their income towards rent. If the household head was working full time at $10 an hour, and then got a raise to $11 an hour, their monthly gross take home pay would increase by roughly $170. However, their rent would also increase, by about $50, taking a chunk out of the pay raise. They also may see a decline of roughly $60 in food assistance, further diminishing the impact of the raise. On balance, this household is still better off, but progress may feel slower than it ought to.

Due to dramatic income fluctuations which are common these days for many low-income households, a benefit tax can indeed leave a family worse off over time. If a household receives an increase in work-based income, that increase must be reported so public benefits can be reduced accordingly. But because jobs in the low-wage labor market are marked by unstable hours and few employment protections, this pay increase may not last. If a worker loses her job or gets her hours cut, it may then take time for public agencies to reinstate pre-existing benefit levels, leaving the family materially worse off (less pay and fewer benefits) for an extended period of time. Indeed, studies have found families whose SNAP benefits were reduced or cut off due to an earnings increase were more likely to experience food insecurity and other hardship than those families who experienced no earnings increase and received stable SNAP benefits.

Taken in sum, for a low earner, it may be hard to forgo stable benefits in return for unstable work.

How do we combat benefits cliffs and taxes?

So, what can we do? How can we structure a public benefits system that encourages and supports individuals as they pursue economic opportunities, without the fear that they will lose the much-needed stability that food assistance, housing assistance, or health care provide? There are many technical, administrative things that can be done within programs – many of which the State of Michigan is actively working on – such as extending recertification periods, raising so-called “asset tests”, and broadening eligibility thresholds, to prevent sharp declines in benefits receipt. And there are innovative programs in the public housing space that enable individuals to place additional earnings into a savings account, and disregard those additional earnings from rent calculations.

But in addition to these program specific changes, one way we can support working households as they experience benefit taxes as income increases is through a dramatic expansion of the state Earned Income Tax Credit. The federal EITC is one of the most effective anti-poverty programs we have, providing a large, fully-refundable tax credit to working families. It is the rare social welfare policy that has strong support in both parties, incentivizing work and helping to make work pay. In contrast to other safety-net programs, the EITC actually increases as earnings increase, and continues to provide support up to a relatively high income threshold. The credit maxes out at roughly $6,000 for households with two children – when earnings are between roughly $15,000 and $25,000 –  and then phases out very slowly as income grows, continuing to provide support to working households until earnings reach roughly $50,000. Low-income households with no tax liability will receive this entire credit as a refund.

To provide additional support, most states supplement the federal credit with a state EITC, generally structured as a percentage of the federal credit. Michigan’s state EITC was introduced in 2006, at 20% of the federal EITC, but now stands at just 6%. Reinstating the 20% credit would make a big difference for working Michigan families and help offset declining benefits – including the federal EITC – as income increases. Take a single mother with two kids working 35 hours per week at a minimum wage job. If she was able to get an additional five hours of work per week, her SNAP benefits would decline by over $900 over the course of a year. With an annual income of $20,530 and a federal EITC of $5,767, she would receive an additional $1,153 with a 20% state EITC, completely offsetting the decline in SNAP benefits. Under the current 6% credit, she would only get an additional $346.

A large state EITC is a statement in support of working families – helping to compensate for benefit taxes as their income grows, and offering greater stability in their pursuit of economic mobility. Something we all can agree is worth doing.

Michigan continues to have difficulty transitioning to a knowledge-based economy. In Michigan Future’s fifth annual report on Michigan’s transition, Lou Glazer details what states and metropolitan areas are doing the best and why.

A better way to help students pay for college

Tuition-free college is having a moment. States across the country are offering tuition-free programs at…