Insightful Jared Bernstein post on the David Leonhardt’s “College for the Masses” column. (Bernstein is a Senior Fellow at the Center on Budget and Policy Priorities.)

Bernstein generally agrees with Leonhardt’s central point that a four year degree or more is the best path to economic well being for all, not just children of the affluent. (I have included again at the end of this post the BLS chart on employment and wages by education attainment that summarizes the data.) But Bernstein offers two pushbacks to the Leonhardt article:

Lets start with both of these are true. But neither reduces the need for an education policy that gives ever child a quality preK-12 education––no matter their parents income or level of education. Where the goal of preK-12 is to give all children the foundation to earn a four year degree or more if they choose to do so after high school.

The way I think about college attainment for all is that no matter what the employment and wage structure––whether either are rising or falling––is that a bachelors degree or more is the best path for us, our kids and grand kids to more employment at higher wages, particularly over a forty year career. No guarantees, just the best way to increase the odds. And that it is highly likely that the advantage of having a four year degree or more will grow even larger in the future due in large part to globalization and technology.

That said, we also need policy that is designed to increase both employment and wages.

We need to get away from the either/or debates that dominate policy conversations. It, almost certainly, is the case that to raise living standards we need policy that includes both increasing education attainment for all including both two and four year degrees and tilts labor markets in favor of workers rather than employers. Bernstein in his post agrees with these both/and rather than either/or agenda. He concludes his post with:

I was talking with a colleague the other day about ways to get wages up.

“Skills!” he said, getting excited.

“Unions!” I returned, matching his urgency.

“Absolutely!” I shouted back, “and raise the minimum wage!”

Well, except for that last part, it’s all of the above. Wages for most workers have been stagnant for decades, and we’re going to have to tirelessly fight for everything helpful to change that. 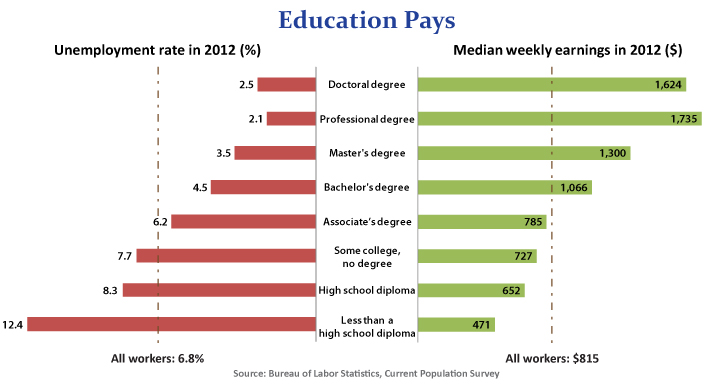 A Pathway for Every Child: What Now? Ep. 10 with Pam Moran and Ira Socol

Two threads came together for me recently. In talking with Colin Seale, the keynoter at…