<<Back to home page 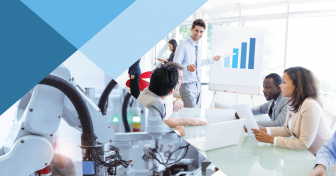 It should now be clear that having a growing economy, or a low unemployment rate, or being business friendly– all of which have been the goals of state policymakers now and in the past – does not lead to an economy that benefits all.

Michigan will not have a mass middle class again until we transition to the knowledge economy that is the path to prosperity in the 21st Century.

of Michigan households have stagnant or declining income.

Michigan’s national rank in percentage of people with a four-year degree.

Michigan’s national rank in proportion of adults who work.

Net U.S. new jobs gained by those with a high school degrees or less since Great Recession (2008).

Net U.S. new jobs gained by those with a four-year degree or more since Great Recession (2008).

Our conclusion: States with more college grads will get more and better jobs Click here for coverage of the 2017 report “In The News.”