George Anders new book, You Can Do Anything: The Surprising Power of a “Useless” Liberal Arts

Education, is worth reading. The book tells the story of how liberal arts majors––no matter what the conventional wisdom––are putting together successful forty-year careers.

Anders mainly explores the path of well-paid, highly-successful liberal arts majors most working for technology-based companies. The book grows out of a terrific 2015 Forbes article in which Anders reported on the reality that tech companies were hiring more liberal arts majors than engineers. (Our post on the story can be found here.)

The book convincingly refutes the conventional wisdom that we hear over and over again from way to many politicians and business leaders that if you don’t get a STEM degree you are better off foregoing a four-year degree in favor of the skilled trades. Not true!

Beyond the personal stories the book provides an overview of why liberal arts majors have good-paying forty-year careers even if their first jobs are not high-paid. First he makes the essential case that education pays off over an entire career, not a first job. And second that the skills needed to have good long-term careers are the ability to change, not narrow occupational skills. As he writes: “College provides something more precious: the ability to switch jobs successfully when new opportunities arise and old ones whither”.

Anders presents data from PayScale on what people earn over a career by undergraduate major both in the book and in a 2016 Wall Street Journal article. The table at the bottom of this post comes from the WSJ article. As you can see, over the course of an entire career, those with degrees in english language and literature; history; international relations; philosophy; political science and psychology do quite well indeed.

When you look at the chart remember the median job in America pays $37,000 a year.

What makes the book so important is that far too many of our kids are getting the wrong message about the value of a non STEM four-year degree. This is particularly true of potential first generation students. Kids growing up in households with college educated and/or affluent parents are constantly being told about the value of getting a four-year degree irrespective of major. As we explored in a previous post the opposite is true for far too many non-affluent students.

Anders explores in the book, and an Atlantic article excerpted from the book, the power of a liberal arts degree in transforming the lives of first generation college students. The article is entitled How the Liberal Arts Lead to Success: First-generation students are finding personal and professional fulfillment in the humanities and social sciences.

(For those still not convinced I explored many of these themes in my 2014 Alma College commencement address.) 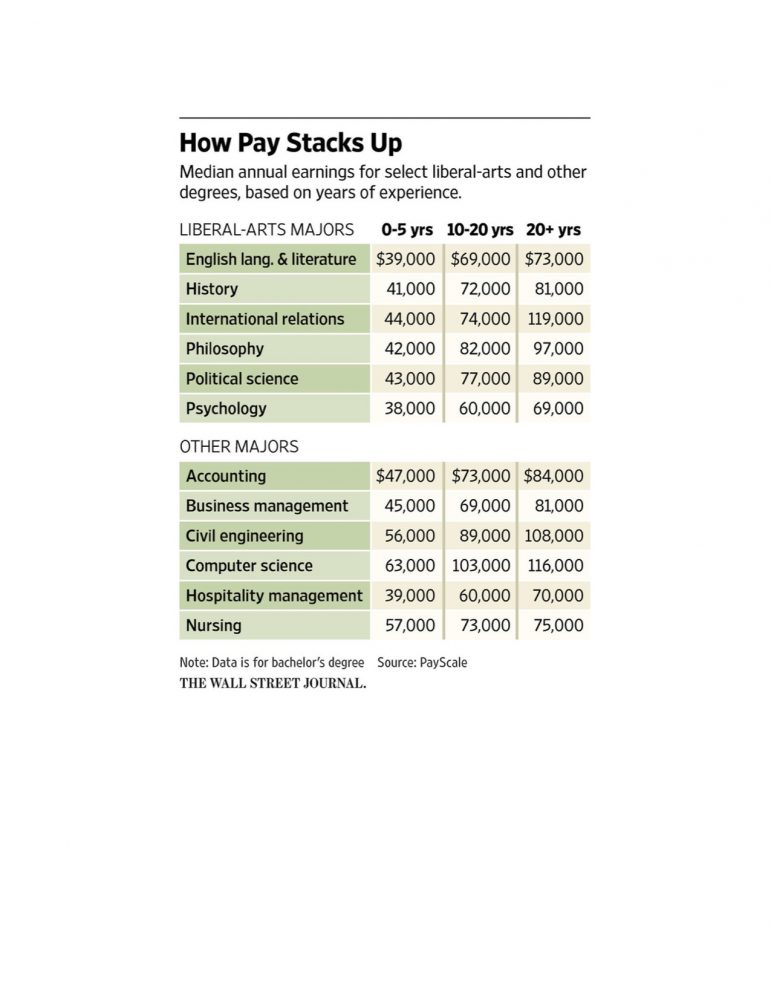 As we explored in my last post, factory jobs are a declining component of the…

This is going to be one of my shortest posts, although it might take the…

Michigan has a two-tier labor market