The story that taking out student loans is a path to pauperdom rather than prosperity dominates the public conversation. One problem: its wrong. As we have covered repeatedly (see here and here) getting a four-year degree, even with student loans, is the best investment one can make.

The data, quite encouragingly, also shows that earning a college degree also mitigates substantially family background when it comes to owning a home. College graduates from households with below mean income tend to have home ownership rates nearly equal to those from above mean income households.

Diverseeducation.com summarizes the New York Fed data in a story this way:

Chakrabarti noted that students who graduated with debt enjoy home ownership at higher rates than those who did not graduate — even those without debt — at every educational attainment level. For instance, college graduates with debt owned homes at a rate of above 50 percent, whereas non-college graduates without debt only owned homes at a rate of under 40 percent.

The chart below from the New York Fed data shows the relationship between getting a four-year degree and home ownership with or without student loans: 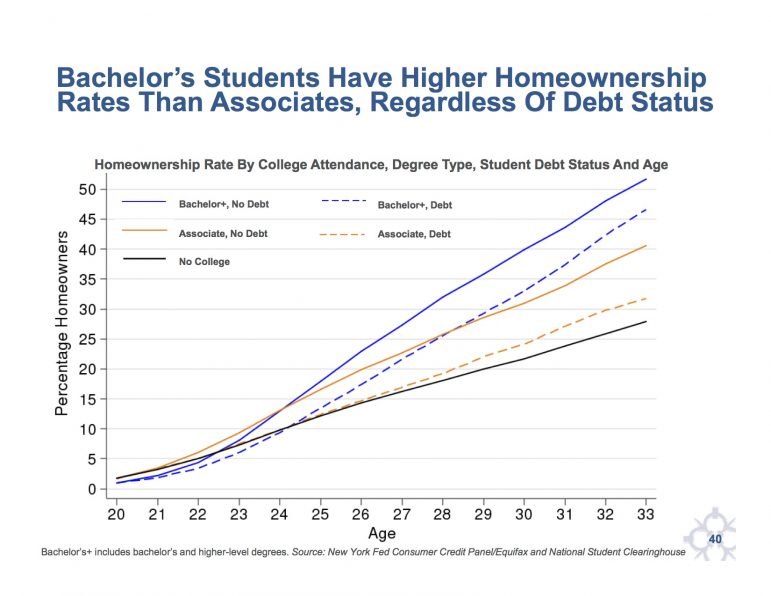