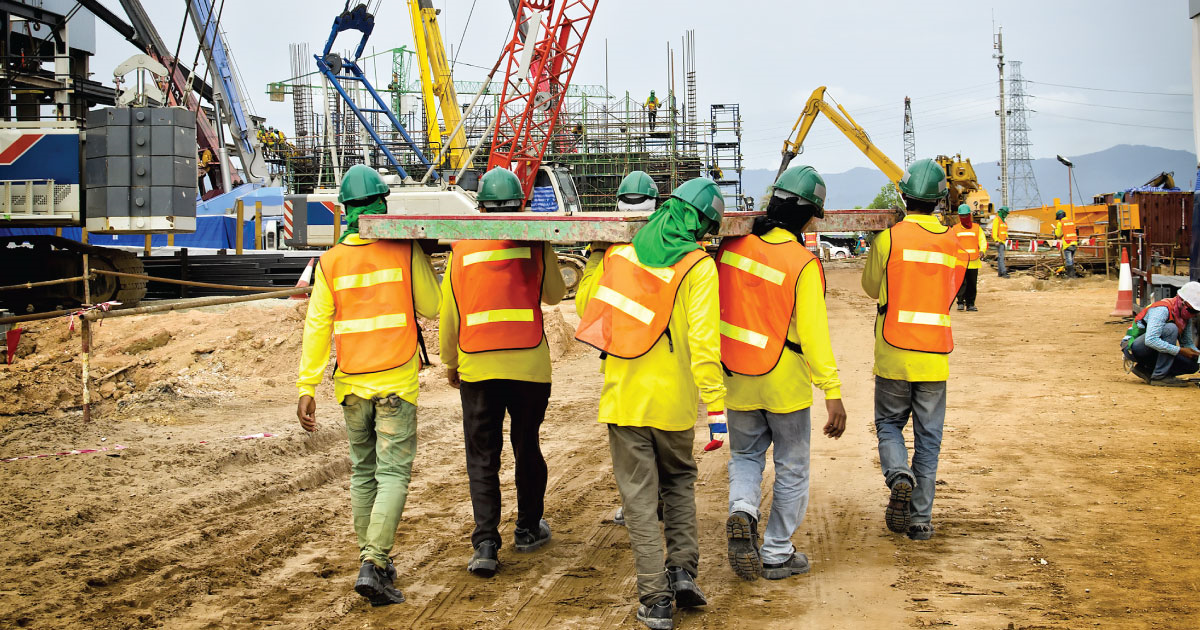 We hear a lot about the

abundance of good-paying jobs that are available that don’t require a four-year degree. We decided to learn more about those jobs.

The data come from the U.S.Department of Labor (USDOL). It does not include those who are self employed. Wages are calculated for full time equivalents. So no matter how many hours you work, your wages are calculated based on 2,040 hours a year.

We categorize occupations as good-paying where the median wage is at least at the national median of $37,040. For each occupation the Labor Department designates the minimum education required to obtain a job in that occupation. About 200 of the 800 occupations identified by the Labor Department have a median wage of at least $37,040 and require education less than a four-year degree. There are about 140 million jobs in America not including self employment. About 32 million (23 percent) are in occupations that meet our definition of good-paying and not requiring a four-year degree. About 2.8 million fewer  jobs than met that definition a decade ago.

About 92 percent of those jobs are in 11 of the 19 occupation groups identified by USDOL. We made one change to the USDOL occupation groups. We moved first line supervisors into the group with managers rather than with those they supervise. Here is the breakdown of employment and change in employment from 2006-2016 in occupations that do not require four year degrees and have median wages of at least the national median by the 11 occupation groups:

My guess is this list will surprise many. The public conversation about good-paying jobs that don’t require a four-year degree tends to be about the blue collar trades––production, construction, etc.––plus health care and IT. But almost never mangers and supervisors, office and administrative support, or sales.

What also will surprise many is how few of these jobs are really high paying. Wages at the 75th percentile are $60,150. Using that as the standard for high-paying occupations the total employment in occupations that do not require a four-year degree and have a median wage of $60,150 is 3.5 million. Remember this is out of a total of 140 million payroll jobs.

Nearly one half (1.7 million) of all the jobs in occupations that do not require a four-year degree and have a median wage of $60,150 are managers and supervisors. Employment in production occupations that meet our high-pay standard is a little more than 100,000 and in construction occupations its only 40,000. There simply is no evidence in the data that there are lots of $100,000 jobs for welders and other blue collar trades occupations.

Where employment is concentrated in occupations with a median wage of $60,150 or more is in occupations where a bachelors degree or more is required. 88% (26 million) of the jobs that meet our high-pay standard require a four-year degree.

Last week Mitch Bean, the terrific Director of the House Fiscal Agency, did a presentation…