We are going to feature more in these posts and our newsletter (sign up here) recommended readings that have helped us understand constantly changing economic realities, the skills that are required to do well in the context of those realities and what we as individuals, families and communities can do to succeed in that context.

This has been the core work of Michigan Future since our inception 25 years ago. We started with a mission of helping Michigan regain its status as a high-prosperity state – one with a broad middle class – and a belief that largely because of globalization and technology what made Michiganders prosperous in the past wouldn’t in the future. That the way back to high prosperity required aligning with new economic realities. In 1991 it was pretty clear to us that lots of high-paid factory jobs that were the predominant reason Michigan was one of the most prosperous places on the planet for most of the 20th Century was not a sustainable path to high prosperity.

Today that is even clearer. The core of the middle class now is knowledge based rather than factory based. And that aligning with that reality is the key to restoring Michigan to high prosperity.

There are four books that have most helped us understand this reality as well as what is needed to align with that reality. 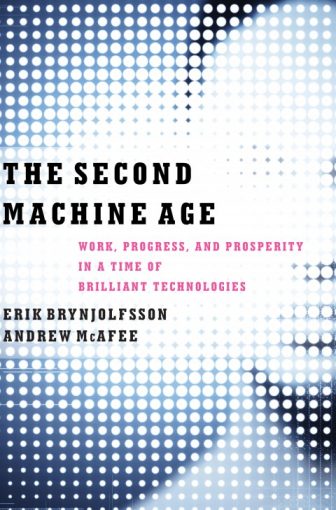 If you only have time to read one book on the economy read The Second Machine Age. Co-authored by Eric Brynjolfsson and Andrew McAfee of the MIT Center for Digital Business, the book explores how smart machines are continuously changing the nature of work. The book explains what machines are likely to be able to do ––cheaper and better––in the future that humans are now doing. Those jobs will disappear. And what jobs now and in the foreseeable future humans can do that machines can’t. Some good paying, some not.

The election results don’t change these realities. And don’t change that the new realities are stronger than policy/politics. An policy agenda designed to recreate American prosperity in a first machine age (if that is how we want to describe the era of mass good-paying blue collar jobs) can’t succeed. Those days are gone.

The book is anything but pollyannaish about these new realities. Describing both the benefits and costs of machines replacing human workers. It delves deeply into the effects of smarter and smarter machines on what the authors describe as bounty and spread. Bounty being the size of the economic pie. Which they see as expanding greatly. And spread being the distribution of the growth which they see as concentrating at the top, with lots of losers whose standard of living is likely to decline.

Daniel Pink’s A Whole New Mind is the best book I have read about the jobs that will flourish in a second machine age. Pink help us understand that globalization and technology are fundamentally changing the work that will be done by Americans. The big transformation is from left brain to right brain. As Pink illustrates its not just low-skill work that can be automated or outsourced, but also lots of high-skill, high-paying, but also rule-driven and routine, work. New good-paying jobs increasingly will go to people who are creators, empathizers, pattern recognizers and meaning makers. (The book helped me understand that an emphasis on STEM and many skilled trades, at the exclusion of all other occupations, is a complete misreading of where the labor market is likely to head.)

3. Becoming Brilliant: What Science Tells Us About Raising Successful Children 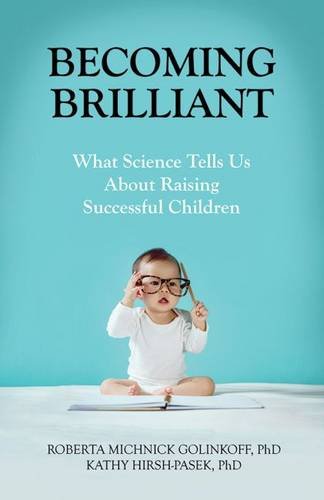 A new book, Becoming Brilliant: What Science Tells Us About Raising Successful Children, lays out the skills that our children will need to succeed in a second machine age. Like Pink, the skills identified that matter most  to future economic well being are not those that our education system is designed to build. The books author’s, psychologists Roberta Michnick Golinkoff and Kathy Hirsh-Pasek, explain that the near exclusive focus on content that drives how we test, how we teach and even the toys we offer our children are misguided. They posit that employers primarily want employees that are excellent communicators, critical thinkers and innovators. And that requires what they call the 6Cs––collaboration, communication, content, critical thinking, creative innovation and confidence.

4. Our Kids: The American Dream in Crisis 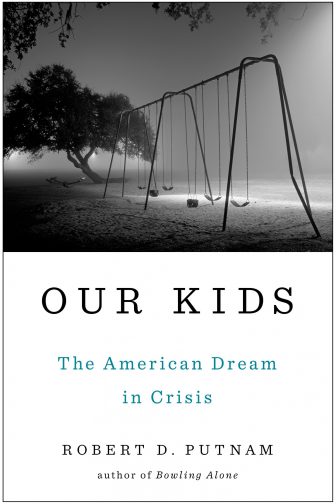 The final must-read book on my list is Robert Putnam’s Our Kids: The American Dream in Crisis. The book details how children growing up in affluent/high-education attainment households are being prepared to succeed in the 21st Century economy, while those growing up in non affluent/low-education attainment households are not. He contrasts this with the country a half century ago when he was  growing up in Port Clinton, Ohio. Which he describes as a community where kids of all backgrounds had the opportunity to develop the capacities it took to be successful. To realize the American Dream. He details how the combination of the concentration of income and wealth to mainly highly-educated parents and increasing segregation by class has left far too many kids growing up in households; living in communities; and attending schools that are not building the capacities needed to succeed in the economy of today and tomorrow.

The Second Machine Age and Our Kids will scare the hell out of you. Too many lost occupations that have employed millions and too many kids growing up not being prepared for the economy they will live and work in. In many ways this is the preeminent challenge facing the state and country: closing the chasm between a second machine age and kids growing up in non affluent/low-education attainment households. But A Whole New Mind and Becoming Brilliant indicate a path to broad prosperity. That there are going to be lots of good paying jobs in the future and that we know what the skills are that matter most to future success and we know how to develop them.

California growing, Kansas not so much

If, as we and others have argued, education attainment is the key to economic success…

An expanded safety net for a disruptive economy

Policymakers in both Lansing and Washington seem hellbent on slashing the safety net. In part,…