As we explored in our last post if we are serious about raising American living standards we need policies that address both increasing education attainment and that tilt the playing field in favor of employees rather than employers.

So college attainment does not protect employees from falling wages. A combination of globalization, technology and policy are driving wages lower for everyone. Rising real wages are the key to raising living standards. So we need a policy to make that a priority. But whether wages are falling or rising, those with a four year degree or more have higher median (and average) wages. They work more too. So increasing college attainment for all––not just children of the affluent––is an essential ingredient as well in raising living standards. 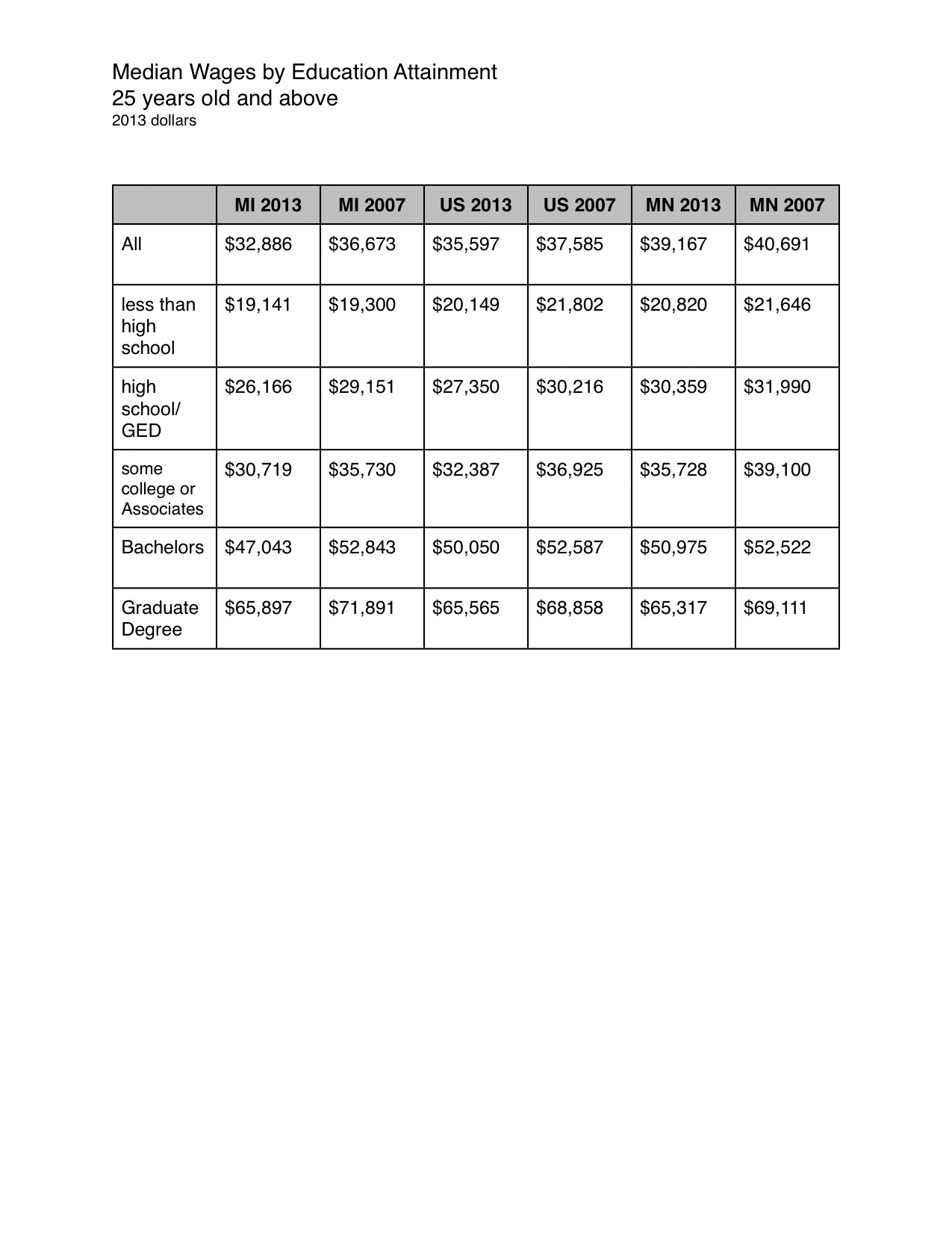 New data on earnings from work by education attainment