Many states have “welcome” signs at their borders. Minnesota means it.

It’s a state that embraces immigrants, sees same-sex marriage as a civil right and an economic benefit, and recently enacted groundbreaking legislation designed to improve conditions for women in the workplace.

Contrast those policies with Michigan, which is fighting to prevent the legalization of gay marriage, has a legislature that is viewed by many as hostile to women’s reproductive rights and has not enthusiastically embraced Gov. Rick Snyder’s call for attracting more educated immigrants.

Dane Smith, president of the progressive think tank Growth & Justice in St. Paul, attributes Minnesota’s welcoming attitude in part to its Scandinavian heritage, one that prizes tolerance and inclusion. 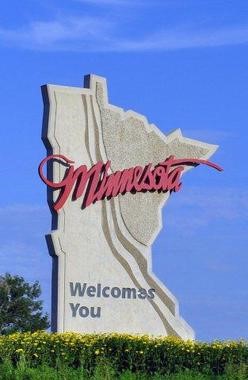 “Minnesotans have been subjected to but never bought completely into the conservative nostrum that welcoming polices and generous economic security benefits would invite a flood of shiftless or lazy people to our state,” he said.

“Rather, we have tended to believe that welcoming policies will actually make us more productive and profitable in the long run,” Smith said.

In 2013, Minnesota became the 13th state to legalize same-sex marriage. Then-Minneapolis Mayor R.T. Rybak didn’t just put out a news release praising the move. He kept city hall open all night when the law took effect on midnight August 1 and performed 46 same-sex marriages throughout the night.

Rybak then traveled to several states where same-sex marriage was illegal to recruit gay couples to marry in Minneapolis, citing an economic opportunity for his state in hosting such weddings.

On his gay-marriage promotion tour, Rybak repeatedly cited a University California Los Angeles study that found Illinois could generate $103 million in new spending annually and $8.5 million in additional taxes by recognizing same-sex marriage. It took legal effect there in June.

Minnesota has welcomed tens of thousands of Somali refugees, the first of whom were brought there by Lutheran Social Services and other welfare agencies when civil war broke out in Somalia 1991.

Experts say the Somalis and Hmongs are benefiting from a variety of social and educational services in Minnesota that help them thrive.

Among Minnesota’s welcoming policies is “Dream Act,” which makes undocumented students eligible for state grants, in-state college tuition and private scholarships. Students must attend a Minnesota high school for three years and either graduate or earn a GED to be eligible for the aid.

Michigan does not have a similar law, but several universities, including the University of Michigan and Wayne State University have “Dream Act” policies.

While many states have enacted laws tightening requirements to vote, Minnesota makes it easier for its residents to vote than in most states.

Citizens must reside in the state for only 20 days in order to vote in an election. They also can register to vote on the day of an election by showing a driver’s license or state identification card.

And starting August 12, Minnesotans will be able to obtain an absentee ballot without citing a reason.

On Mother’s Day this year, Minnesota Gov. Mark Dayton signed into law a package of bills that, among other things, requires state contractors to pay men and women equally for similar work, expands unpaid parental leave from six to 12 weeks and requires employers to provide areas for nursing mothers to breastfeed.

“The Women’s Economic Security Act aims to break down barriers to economic progress so that women—and all Minnesotans–have a fair opportunity to succeed,” said Minnesota House Speaker Paul Thissen. 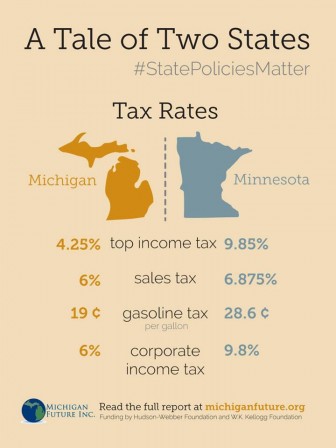 Its clear that autonomous vehicles are coming. Its a question of when, not if. And…